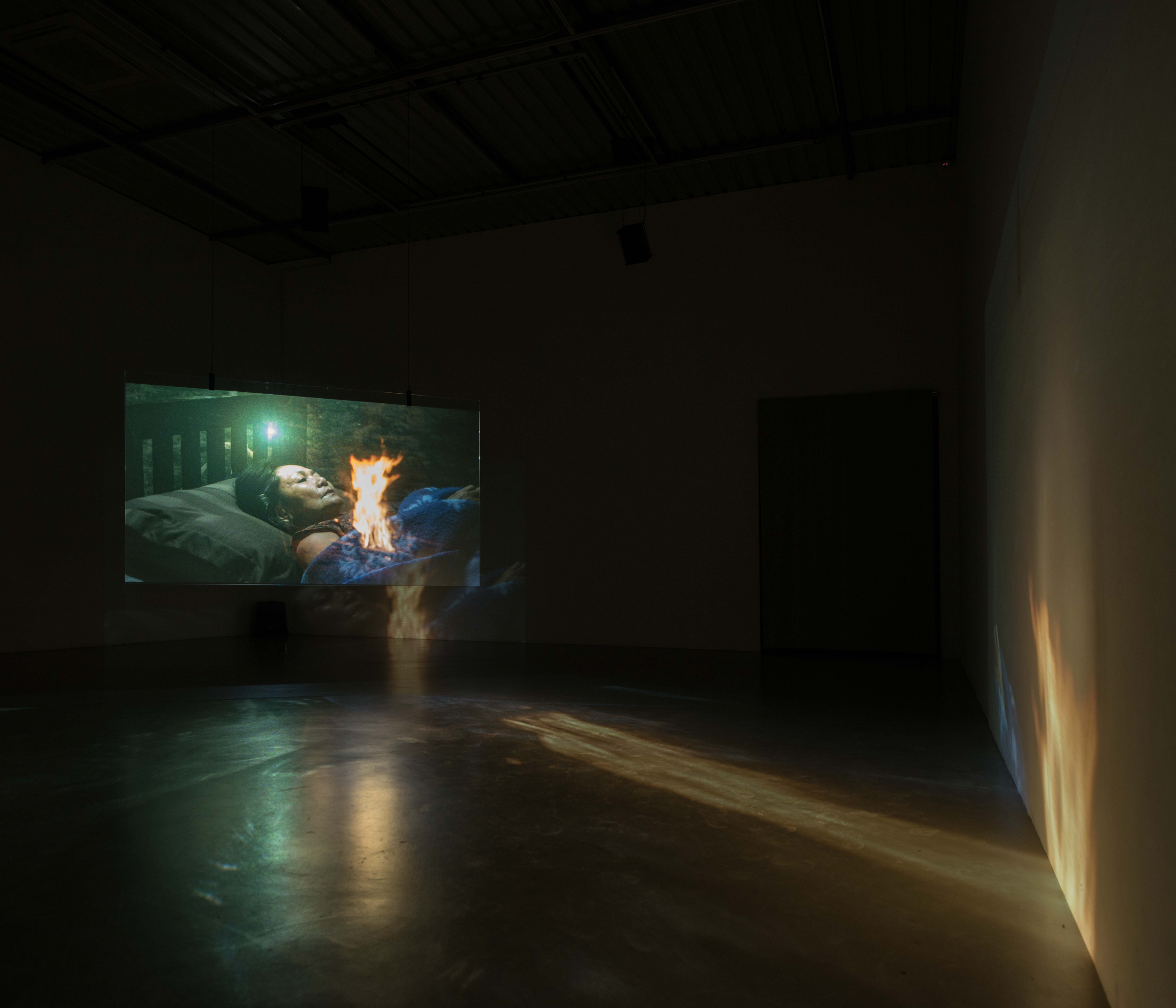 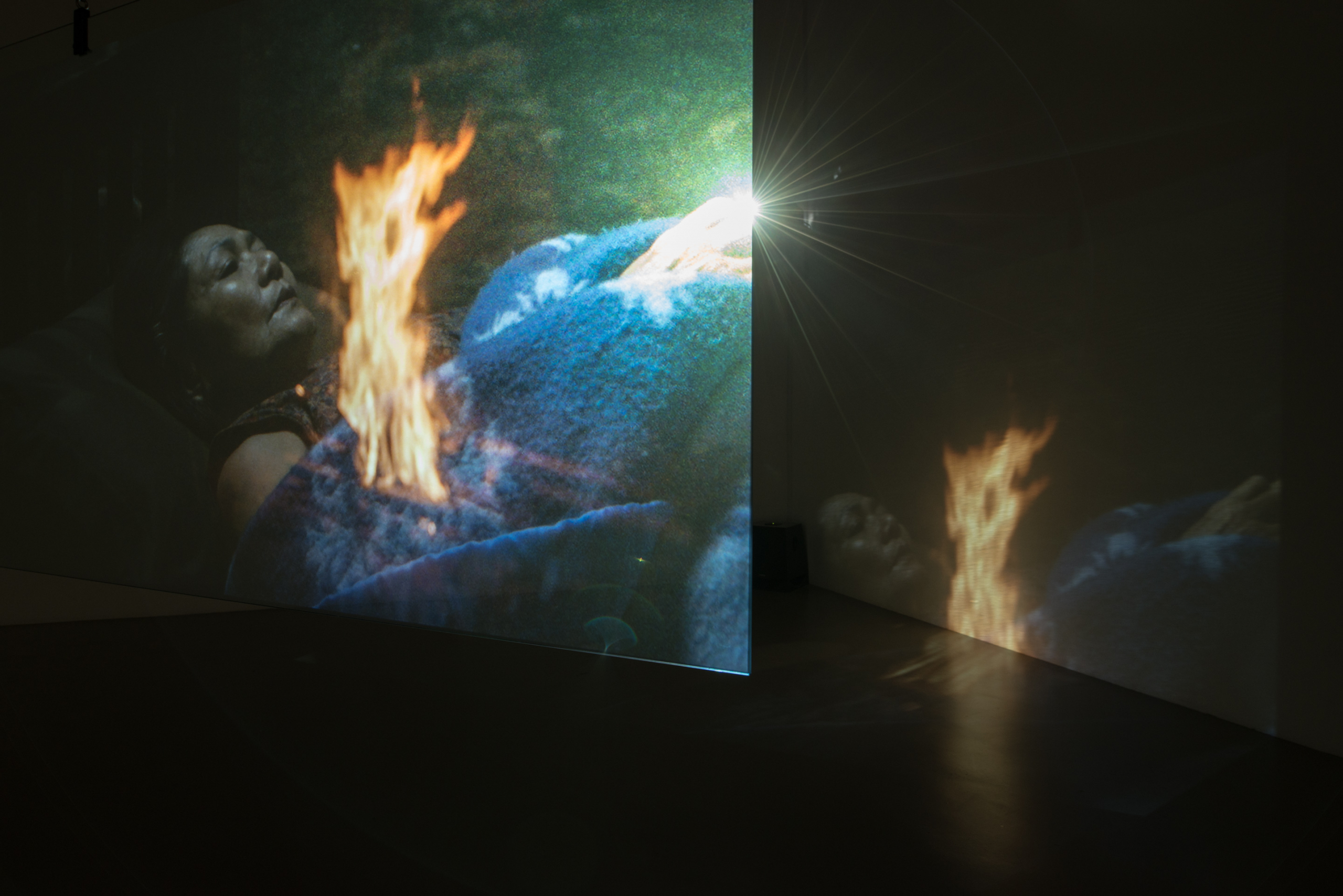 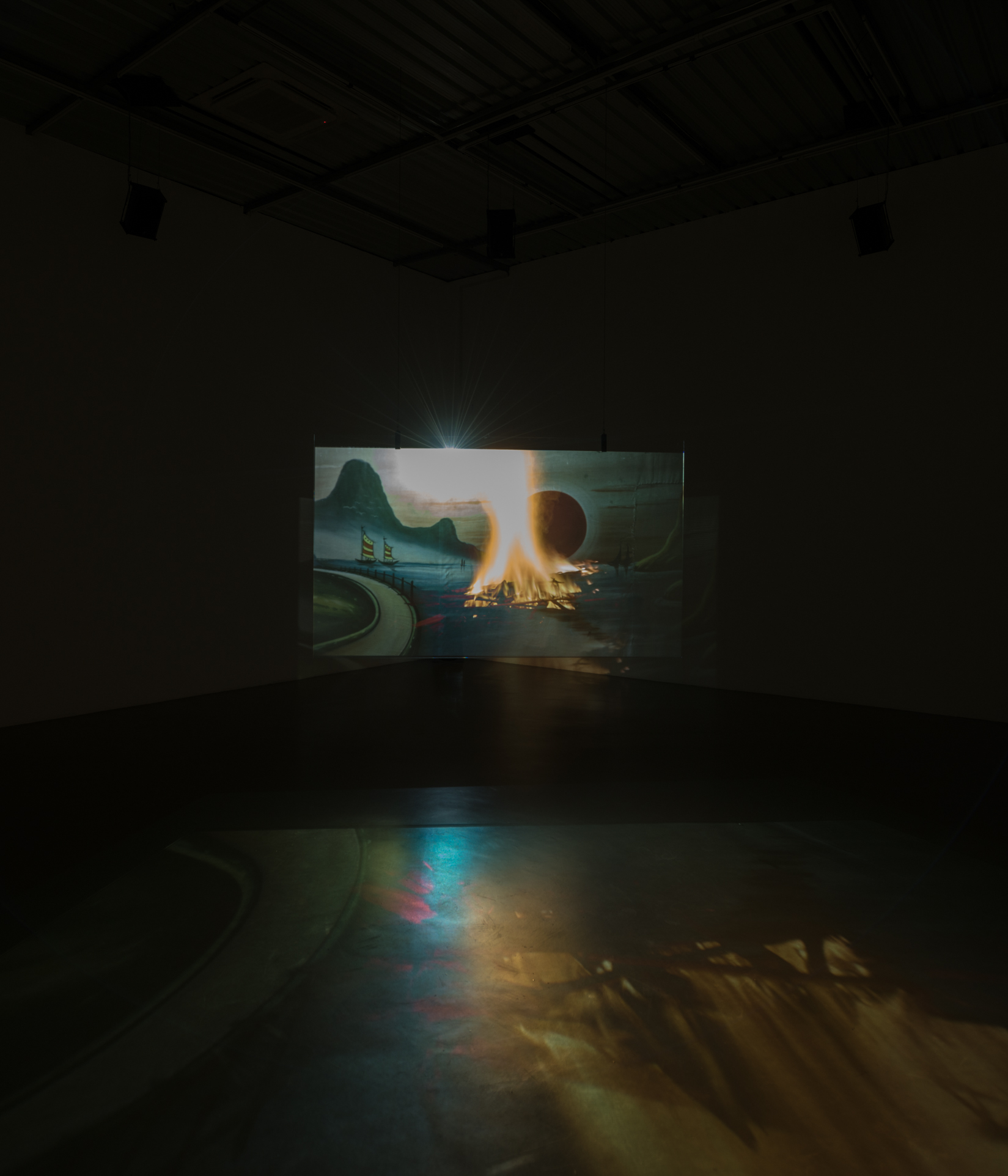 Apichatpong Weerasethakul has an affinity for cinema’s transcendental capacities to illuminate an ethereal world where humans, animals, and spirits coexist and transmigrate. He combines the history and imagery of his home country, particularly that of the Northeast of Thailand, and also brings together influences and sources from a wide variety of storytelling traditions. However, his films are not only stories, but are also vibrations of emotions, and about something invisible yet enchanting.

In the hushed yet unsettling Blue, the video blurs the boundary between personal and collective memories and enacts a new layer of memories augmented in the audiences’ experience. Jenjira Pongpas Widner, Apichatpong’s frequent collaborator, slumbers whilst the makeshift stage of Likay, a Thai folk theatre, keeps automatically changing its backdrop. At the threshold of consciousness, the theatrical scenery forges a transitional space between corporeality and incorporeality. Like his other works, Blue hovers in a realm of uncertainty that reflects a state of national despair and failed utopia.