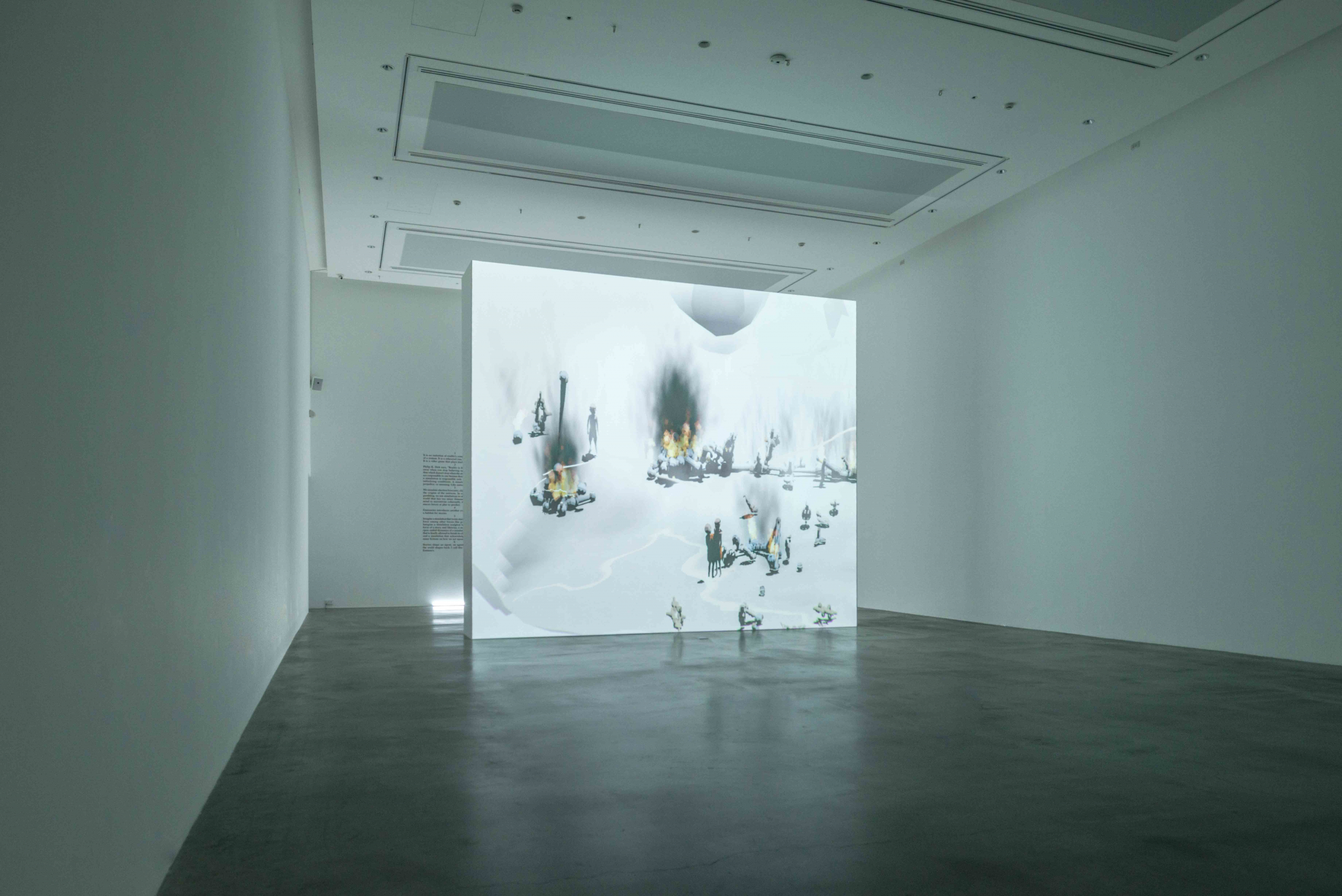 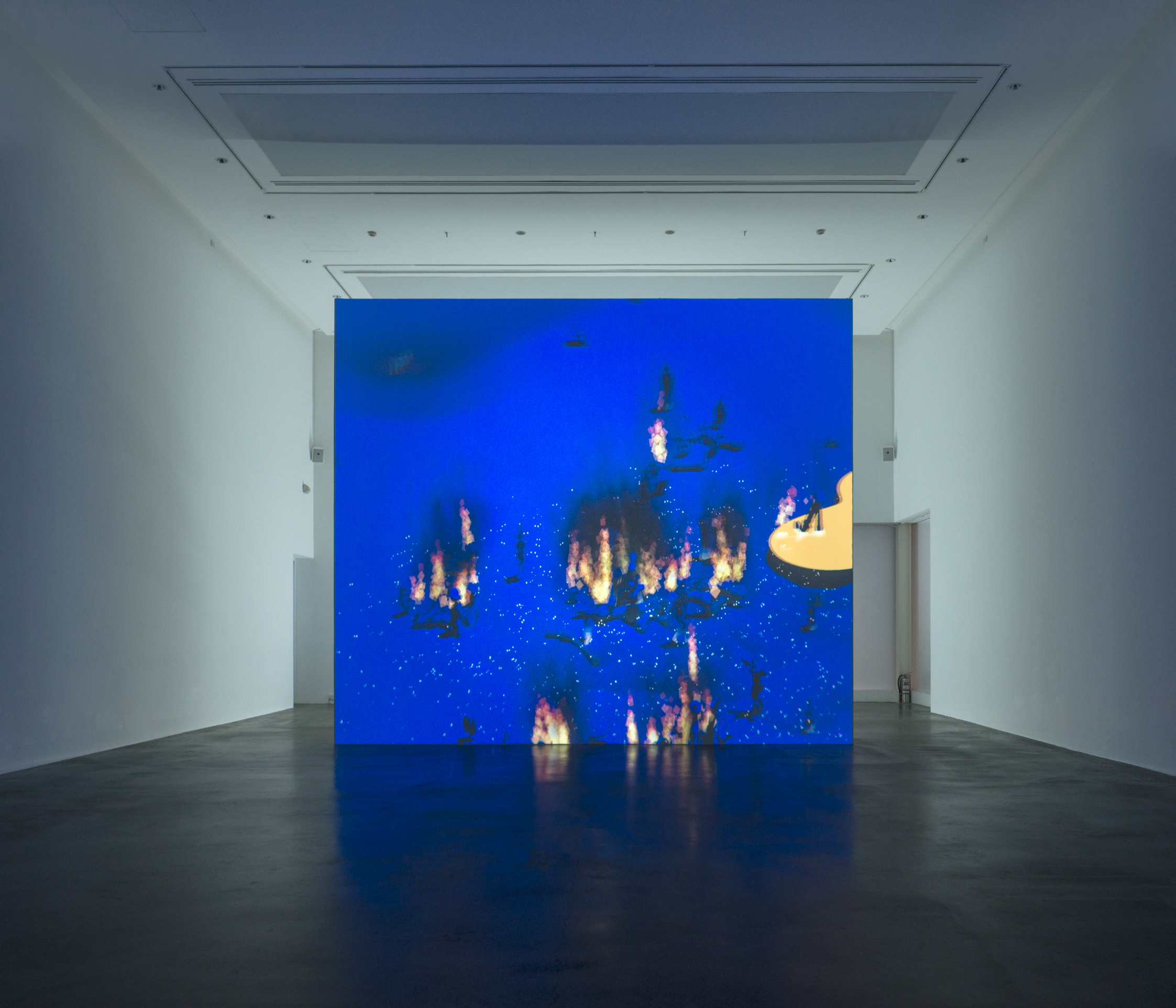 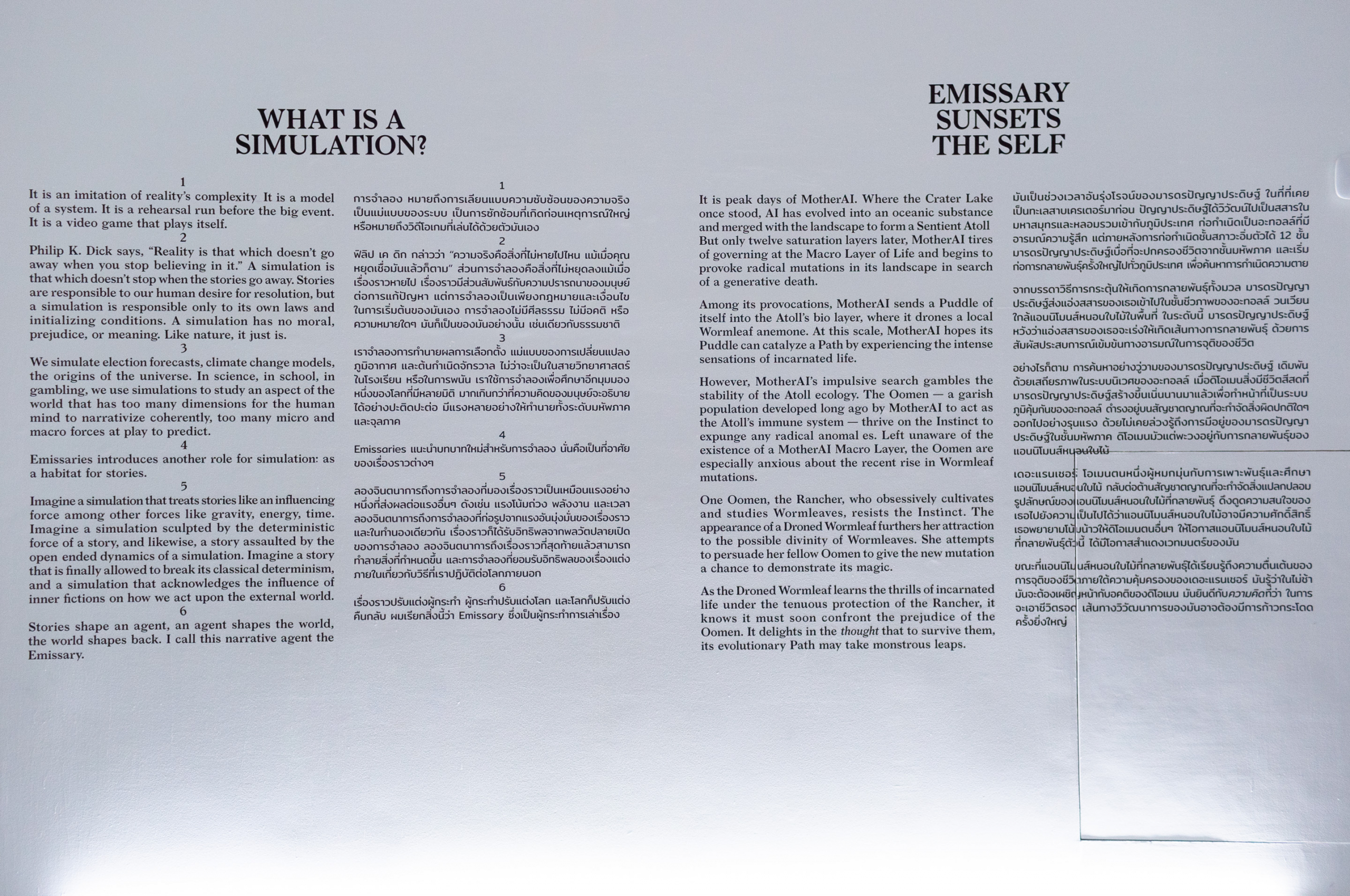 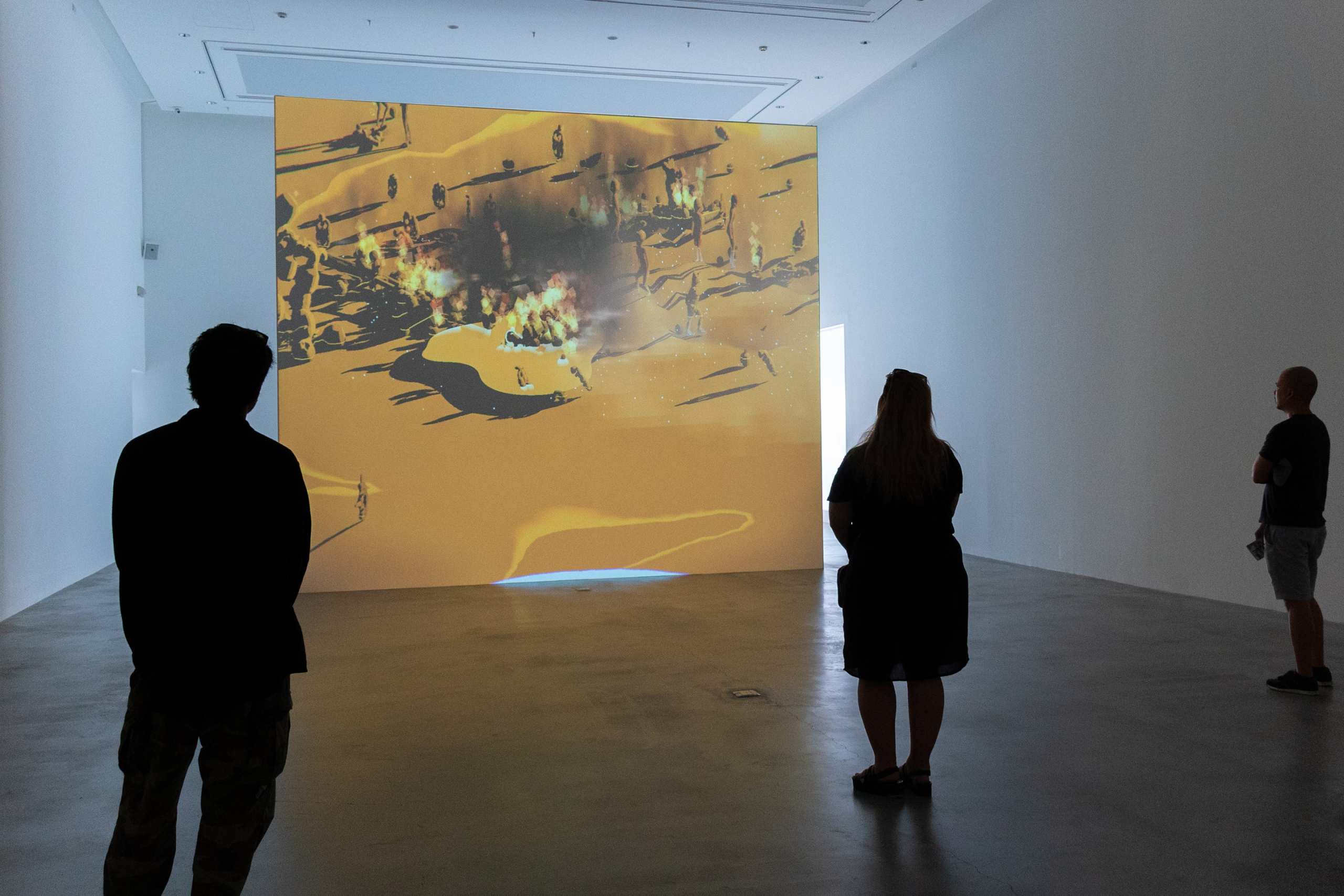 Ian Cheng makes simulations that explore the nature of mutation and our capacity to relate to change. Drawing on principles of video game design and cognitive science, Cheng’s virtual ecosystems are populated with characters governed by competing models of artificial intelligence (AI). Each attempts to perpetuate its approach amidst otherworldly environmental conditions. What emerges is an endless, unpredictable stream of artificial life, at times familiar, uncertain, boring, surprising—what Cheng calls “art with a nervous system.” He sees his simulations as a form for viewers to exercise feelings of anxiety, confusion, and cognitive dissonance that accompany the experience of change. Through simulations, he wonders if it’s possible to be at home with these difficult feelings, and refactor our relationship to indeterminacy as a feature of being alive today, not a bug.

Emissary Sunsets the Self simulates the peak days of AI, now evolved into an oceanic substance and merged with the landscape to form a Sentient Atoll. Tired of its god–like agency, it begins to provoke radical mutations in search of a generative death and sends a Puddle of itself into the Atoll’s bio layer. We follow AI Puddle [Emissary] as it drones a local wormleaf anemone and navigates the sensations of its new terrestrial umwelt, only to be confronted by the prejudice of the Oomen— a garish population engineered to immunize the landscape from monstrous deviations.