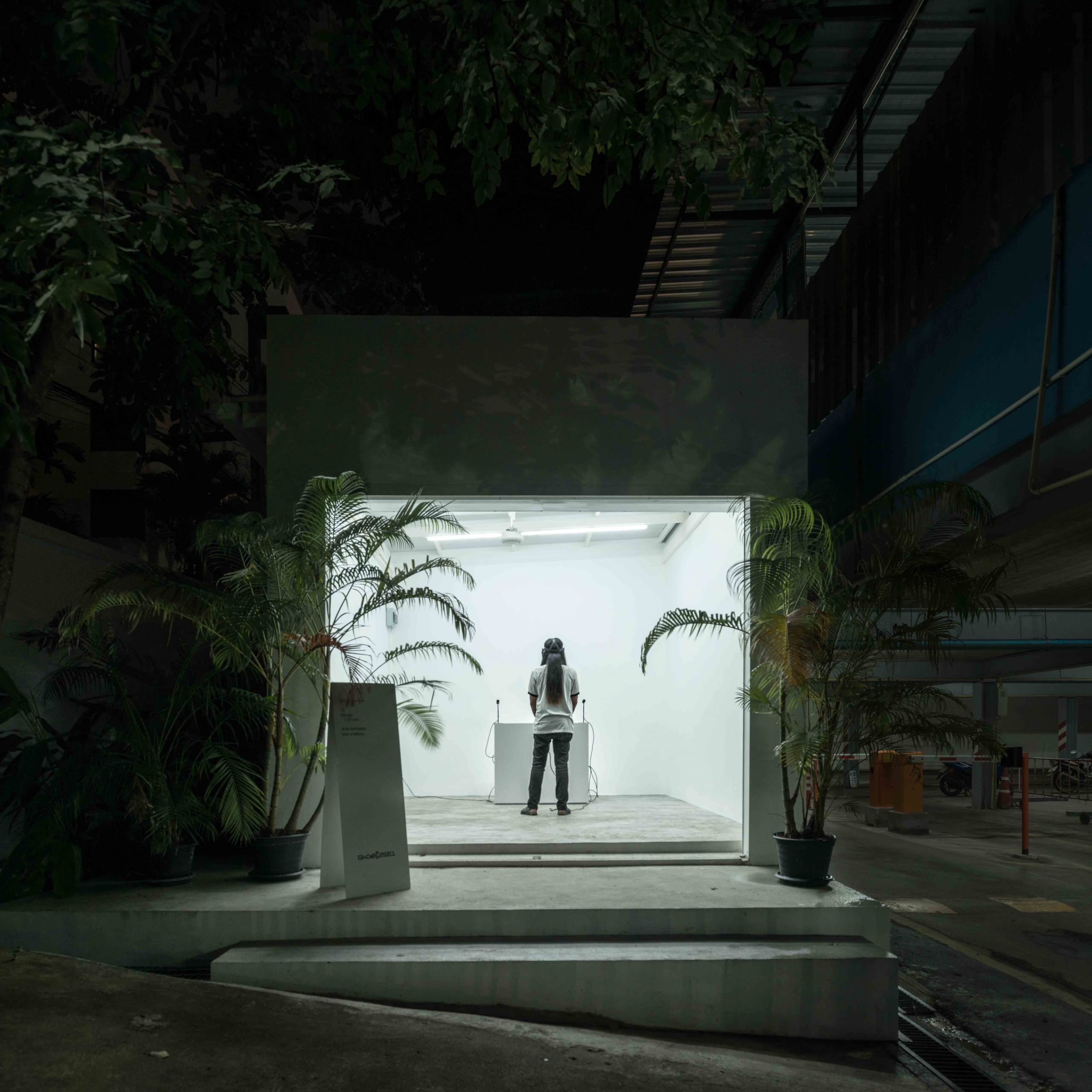 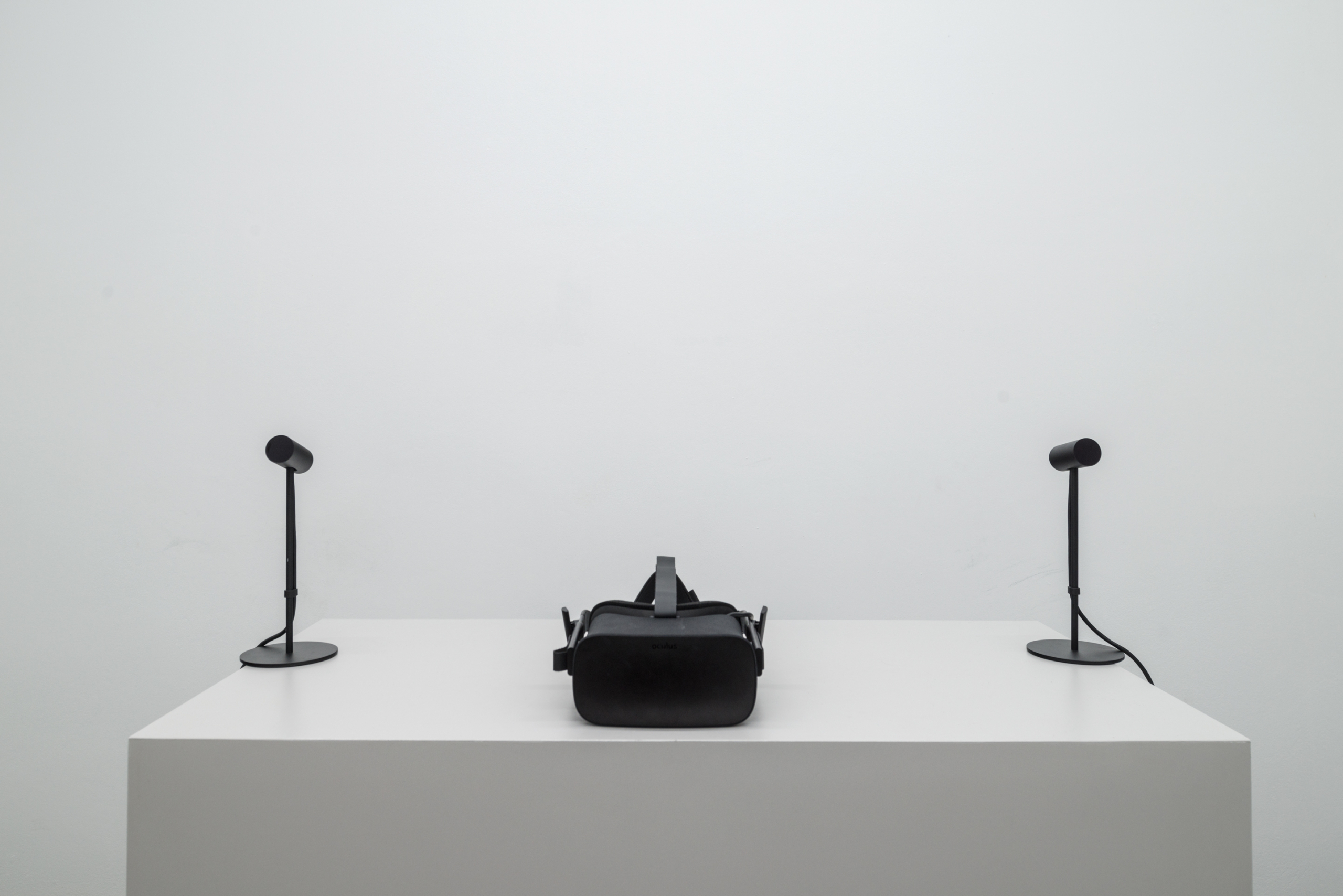 Jon Rafman is an artist whose works deal with the societal and existential impact of technology on human life. His video work, Deluge, offers a new interpretation of the surroundings through virtual reality. It unfolds into a hallucinatory doomsday scenario, which includes a tidal wave, tormented bodies, and post–human landscapes. The virtual reality experience incorporates two busts from the artist’s New Age Demanded series. Taking its inspiration from the “demand” for new images in Ezra Pound’s poem Hugh Selwyn Mauberly (1920), the series of sculptural busts employs 3–D modeling technologies to portray characteristics of our digital age, one marked by technological transformation.

The work visually anchors itself in the physical realm, eventually taking us on an apocalyptic ride in which the viewer’s physical body and center of gravity is subject to the alterations of an on–screen reality. As the ground falls beneath our feet, our stomachs go with it; it is a tailor–made vision of the present and future affecting our physical selves through mere images. What isn’t there is not only seen, but also felt physically because it is seen. This small window into another world becomes, for the duration of the work, the world. While the sacred is framed by Martin’s Altar, the forms anchoring Rafman’s piece to reality indicate the beginning of a journey towards a dark, unseen, yet omnipresent reality.