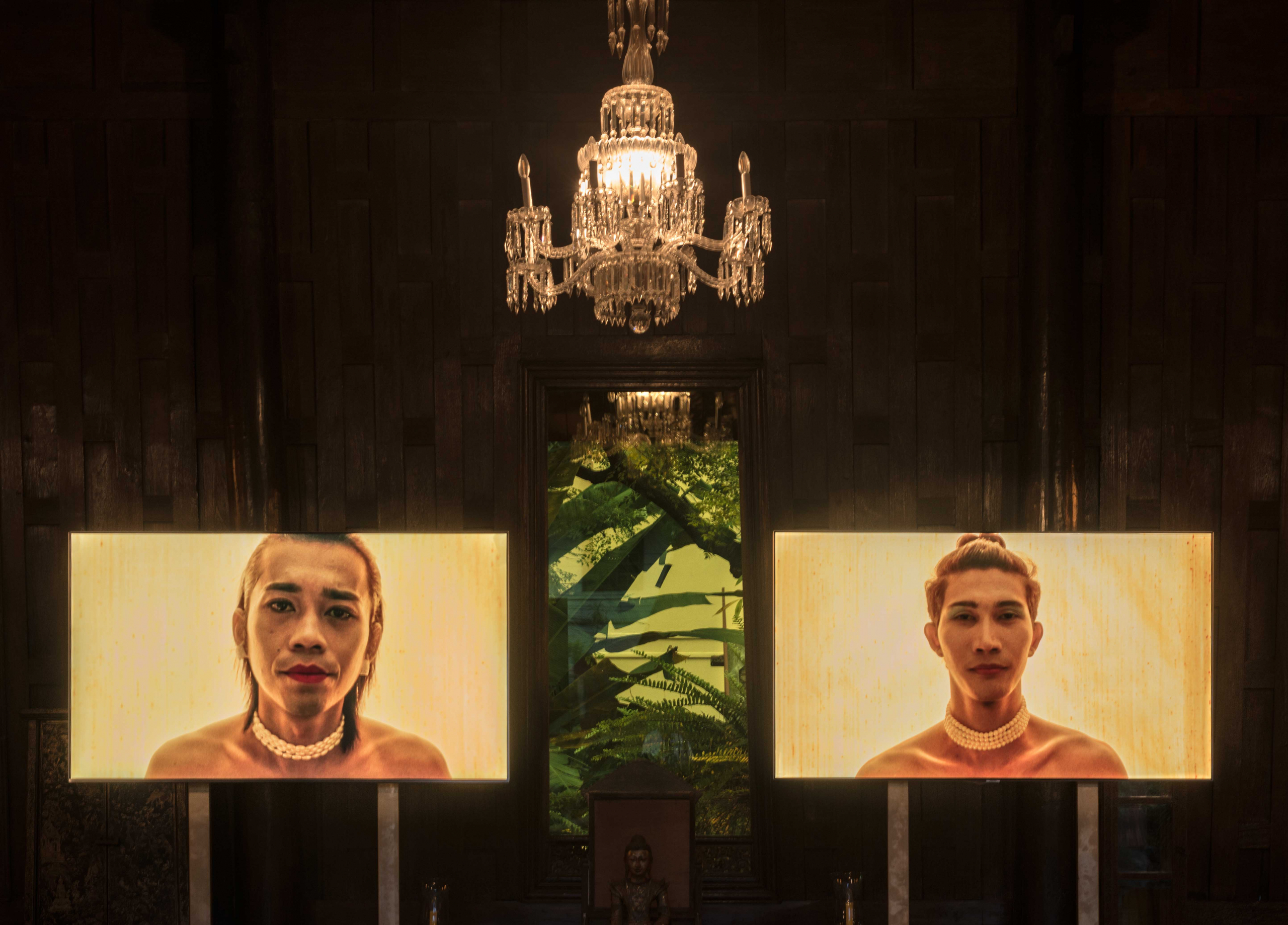 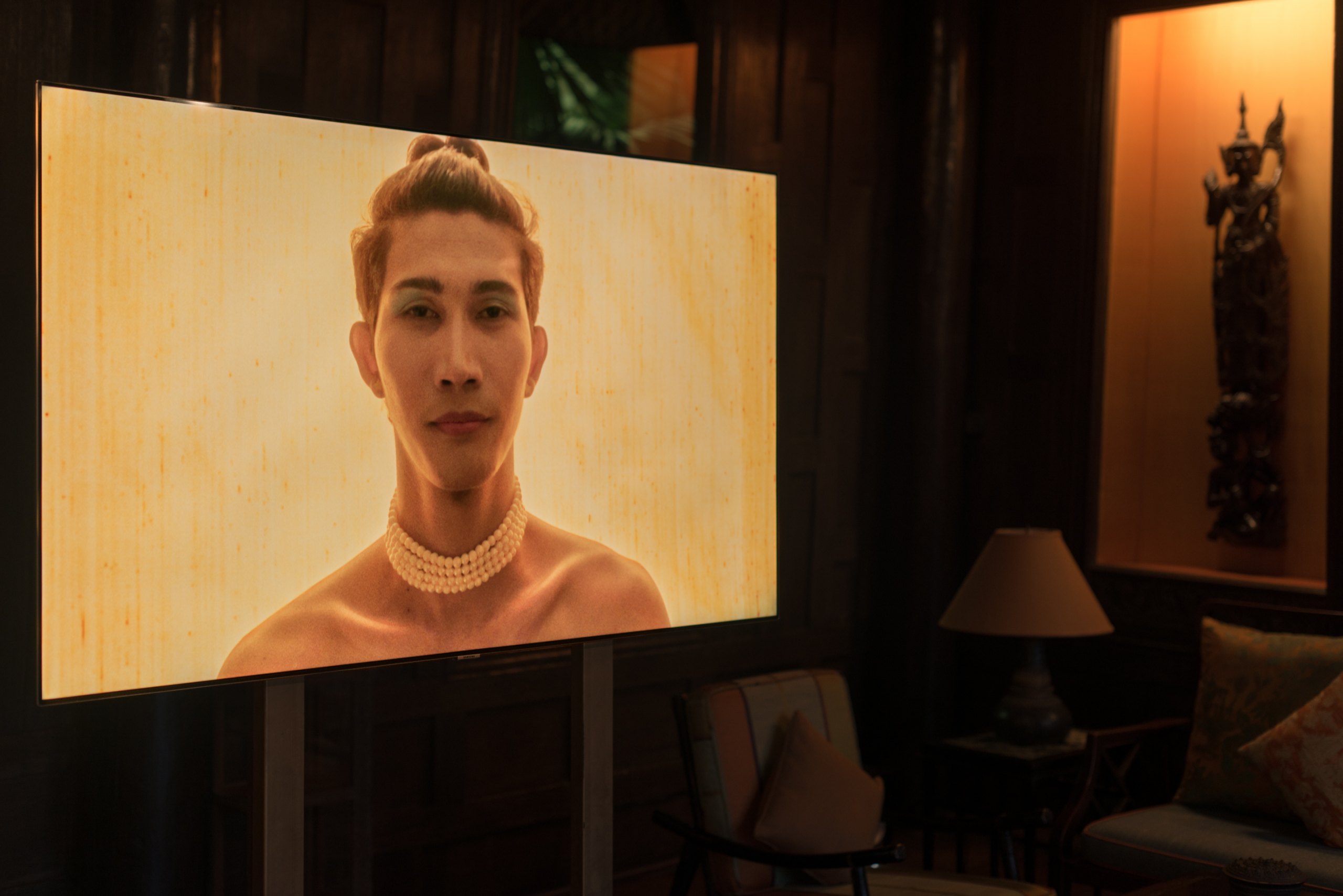 Jon Wang is an artist and filmmaker based in New York. Wang’s work explores the subject of queer desire seen through architecture, animism, and autobiography.

You Belong two Me, Wang’s site specific video installation at Jim Thompson House Museum, was inspired by the Nat (Burmese spirit) sculptures from the collection that are currently on display. Wang’s research led them to Myanmar to two young spirit mediums (Nat Kadaw), Ricky and Phu Phu, who are both possessed by the same spirit named, Shin Nemi. Through a layering of windows, bodies, and led screens, Shin Nemi, once a child who died from grief, leads viewers into her stream of consciousness. The title, You Belong two Me, points to the doubling in the work while also raising questions about the ownership and display of Burmese artworks in the Thai house.