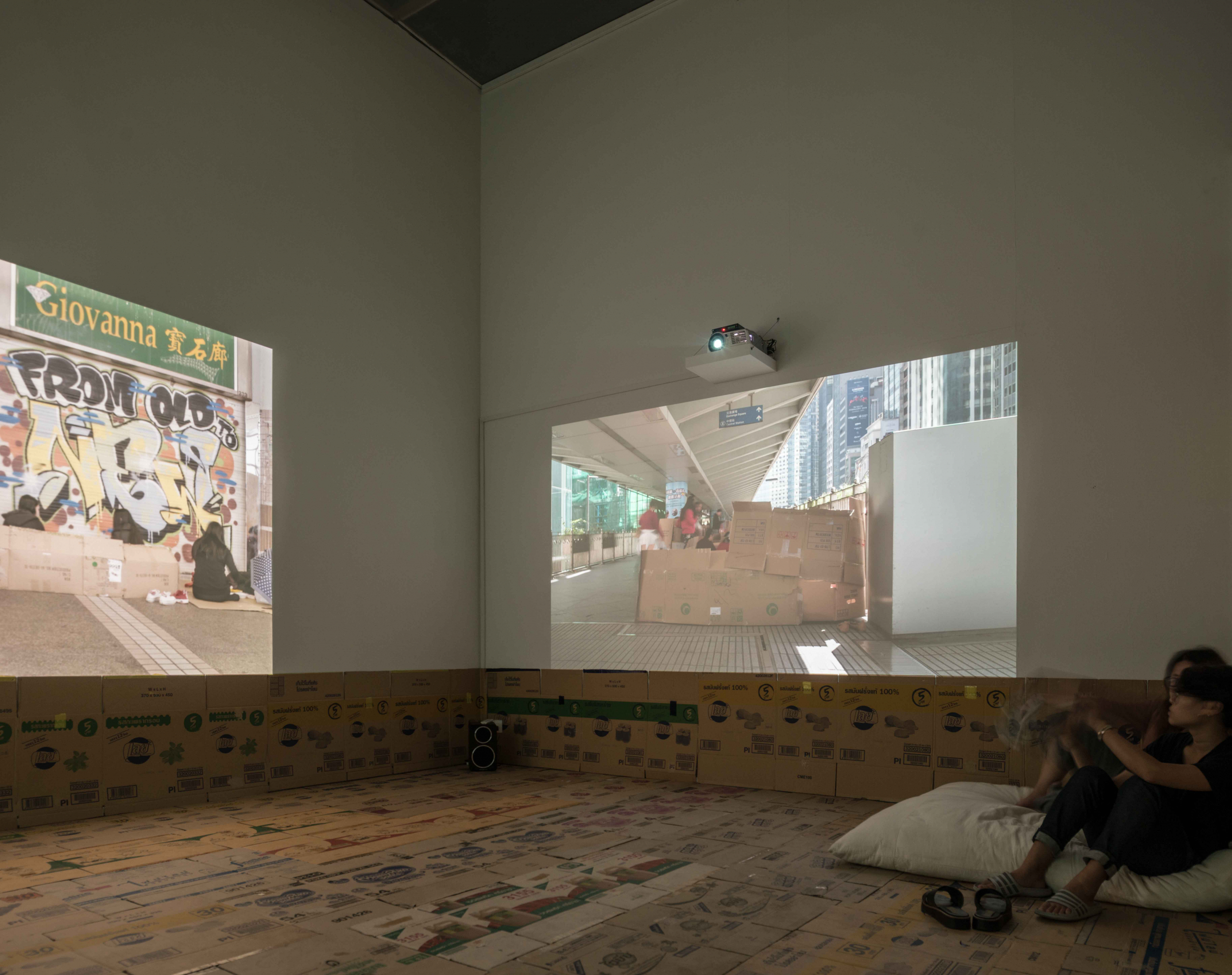 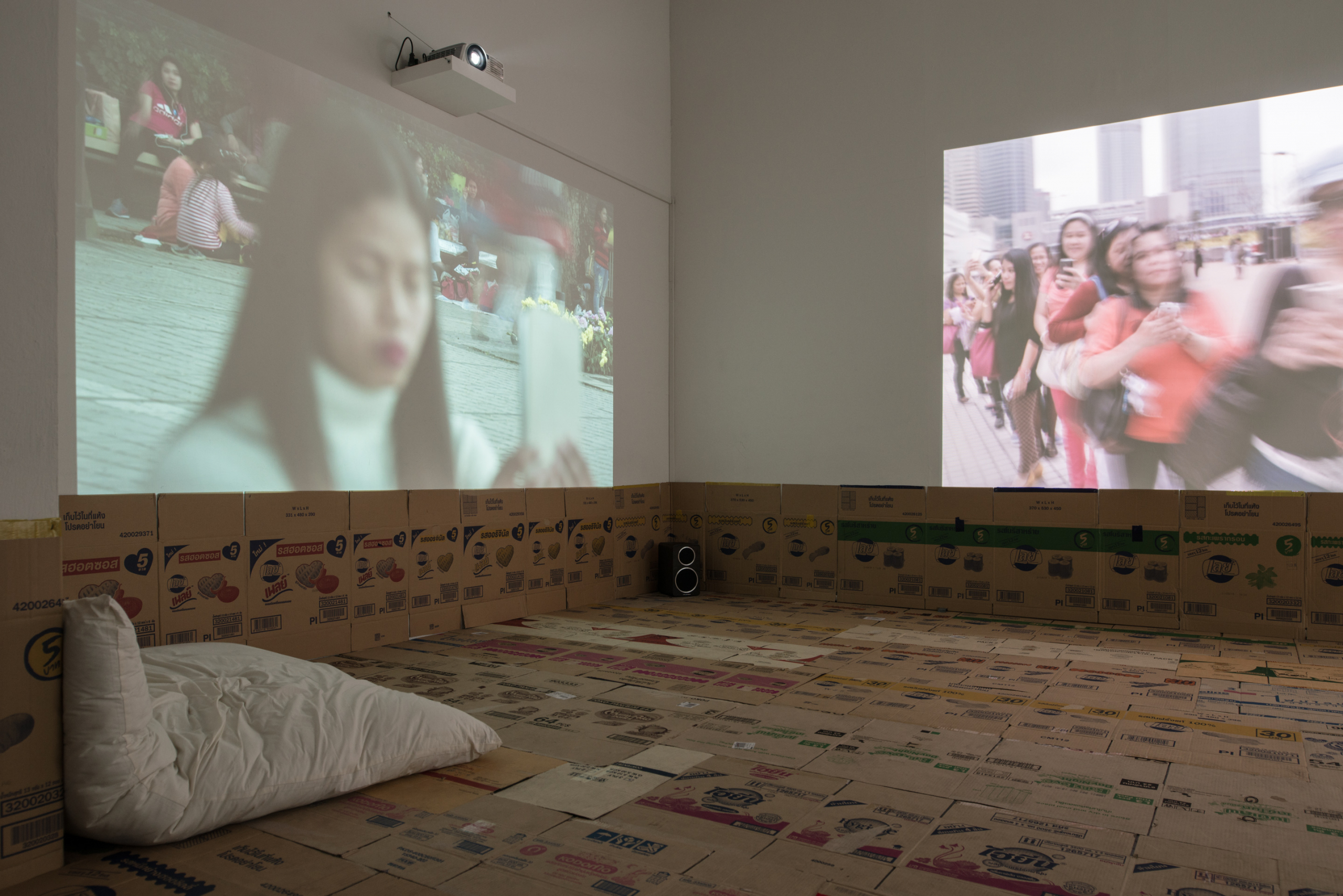 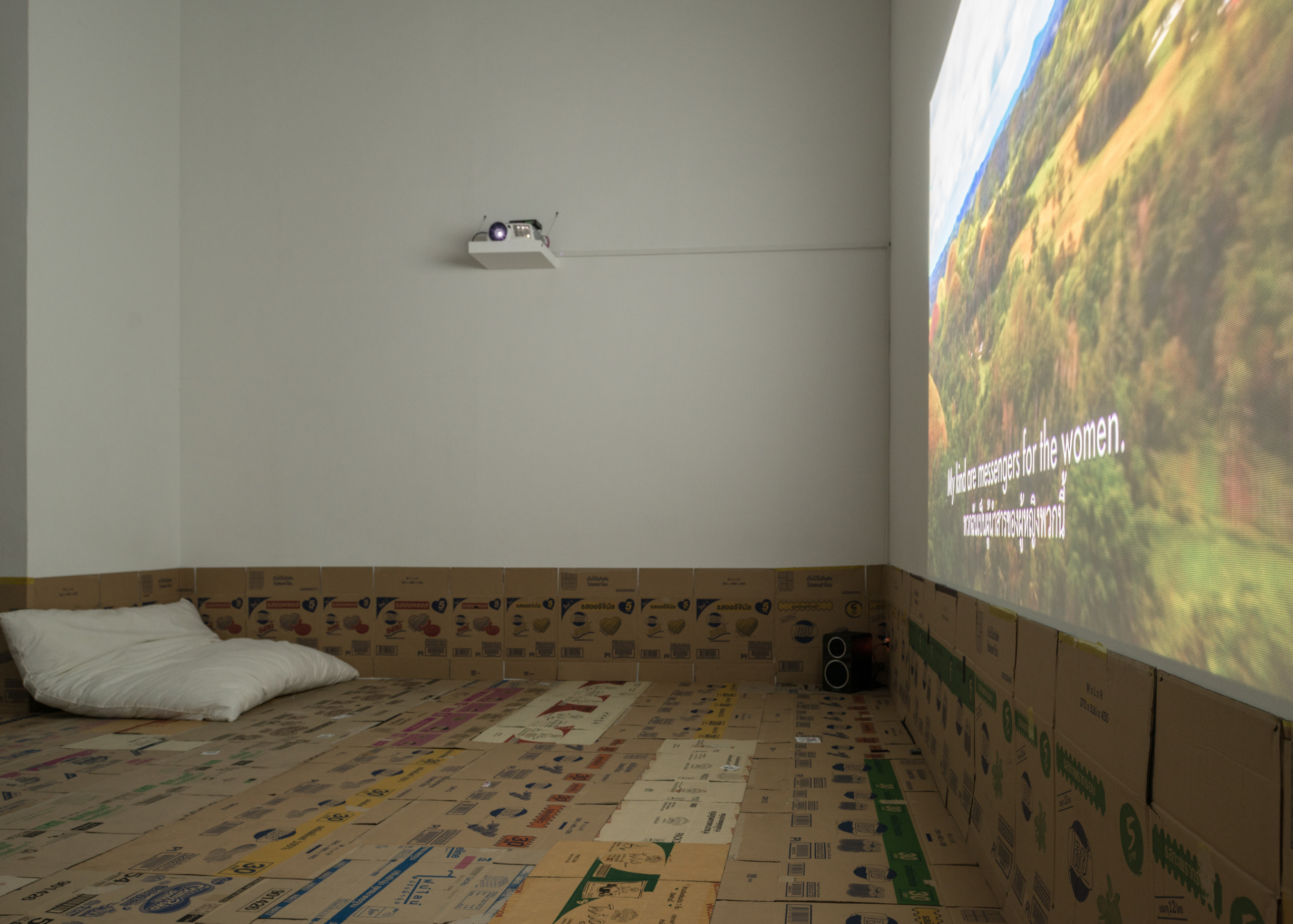 Stephanie Comilang is a Filipina–Canadian filmmaker who works primarily between Toronto and Berlin. However, her research interests in migratory patterns and communication have taken her to far–flung locales that weave together points of her own personal history. Her documentary based works create narratives that look at how our understandings of mobility, capital and labor on a global scale are shaped through various cultural and social factors.

A self–described “science fiction documentary”, Lumapit Sa Akin, Paraiso (Come to Me, Paradise), that chronicles the lives of three Filipina domestic workers—Irish May Salinas, Lyra Ancheta Torbela and Romylyn Presto Sampaga—in Hong Kong. The video tells a story about the women’s ritual of digitally transmitting their stories and memories back to the Philippines at the end of each workweek. Much of its footage comes from a drone called “Paradise,” who not only serves as the film’s poetically–inclined narrator, but also as the vessel by which the community of Filipina domestic workers transmit their messages back home. Voiced by the director’s mother Emily Comilang, who migrated to Canada from the Philippines in the ’70s, Paradise’s character enacts and embodies a fluid constellation of themes including community, diaspora, and memory. She mediates and symbolizes their idea of paradise as home, positioned as a middle ground between the Philippines and Hong Kong, neither fully here nor there.