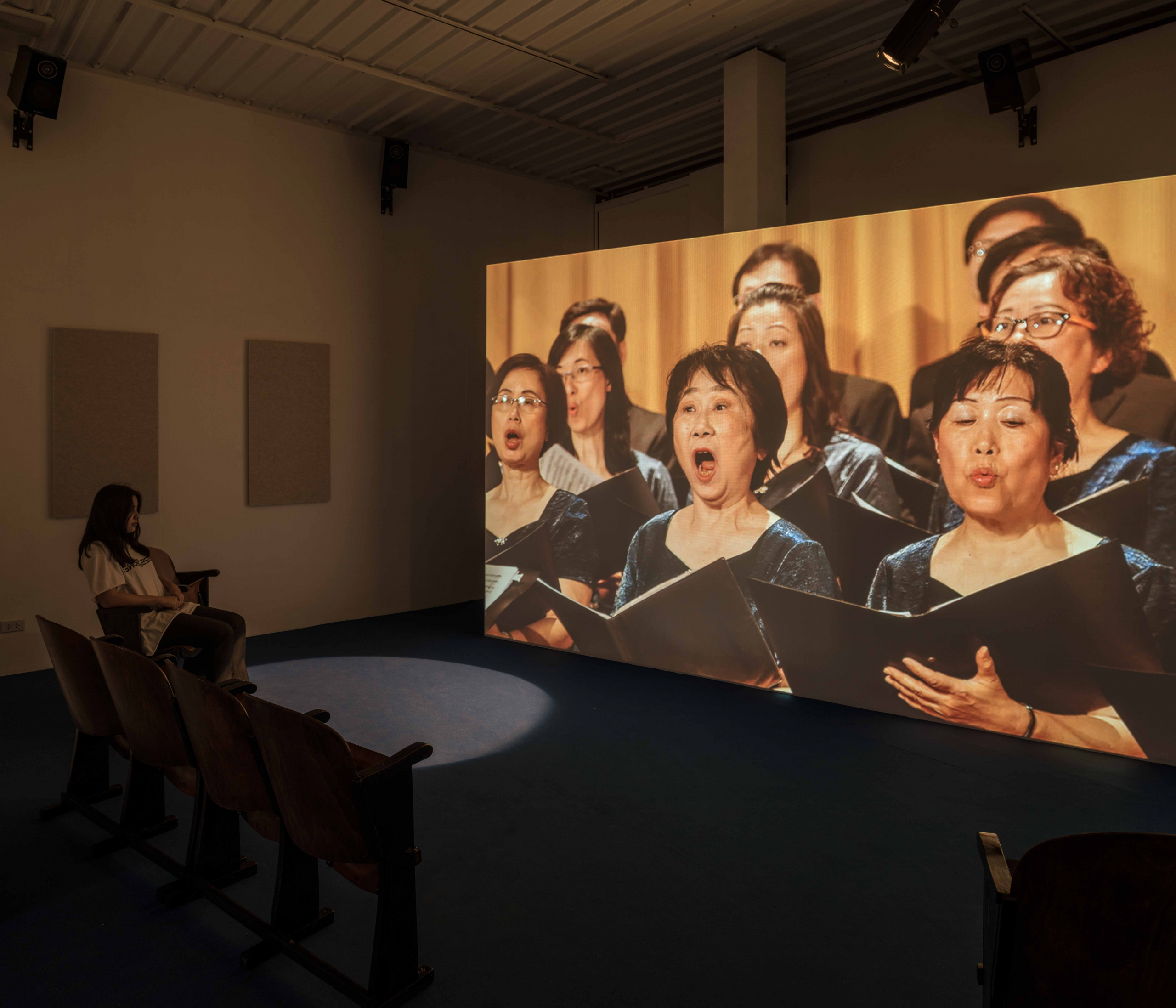 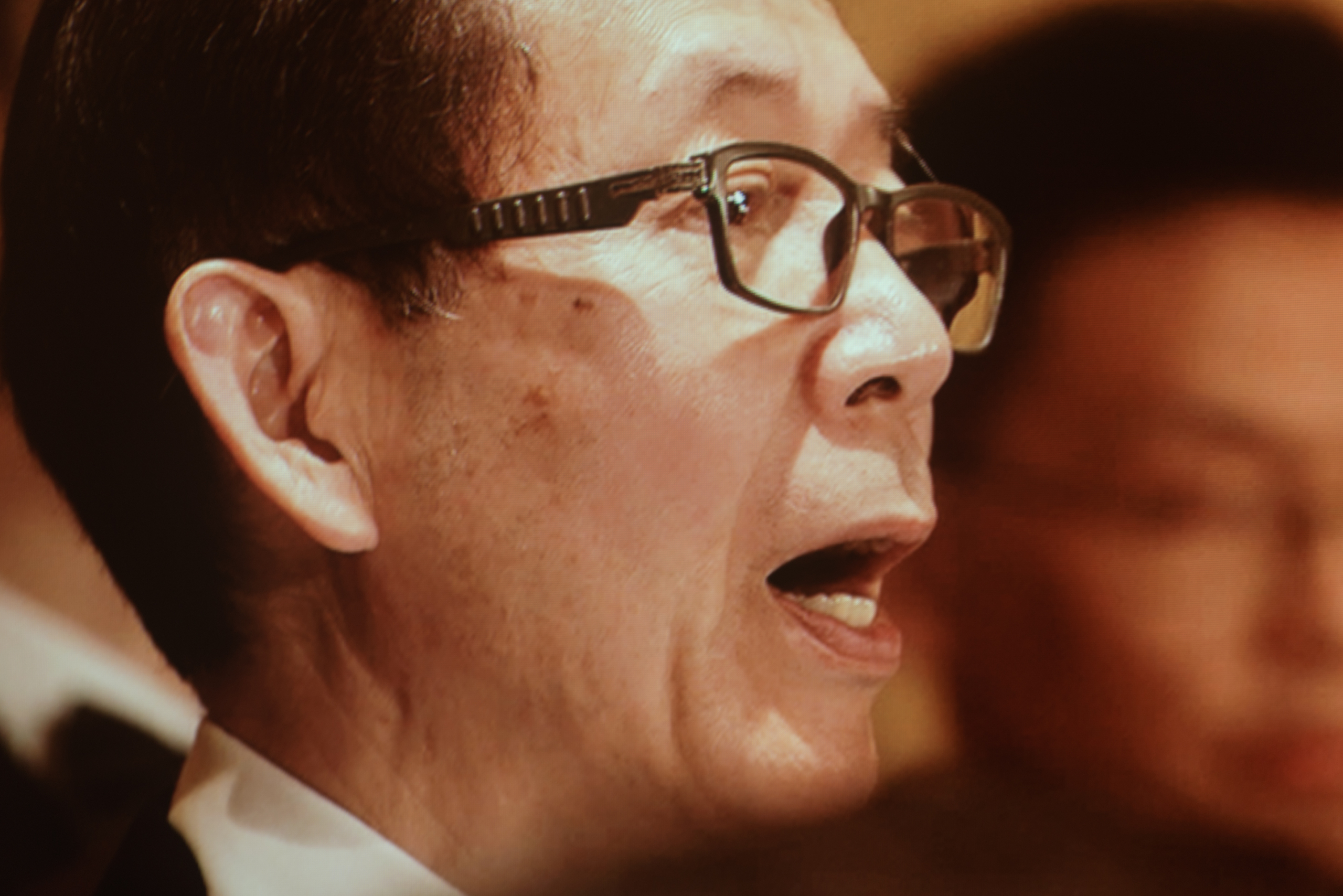 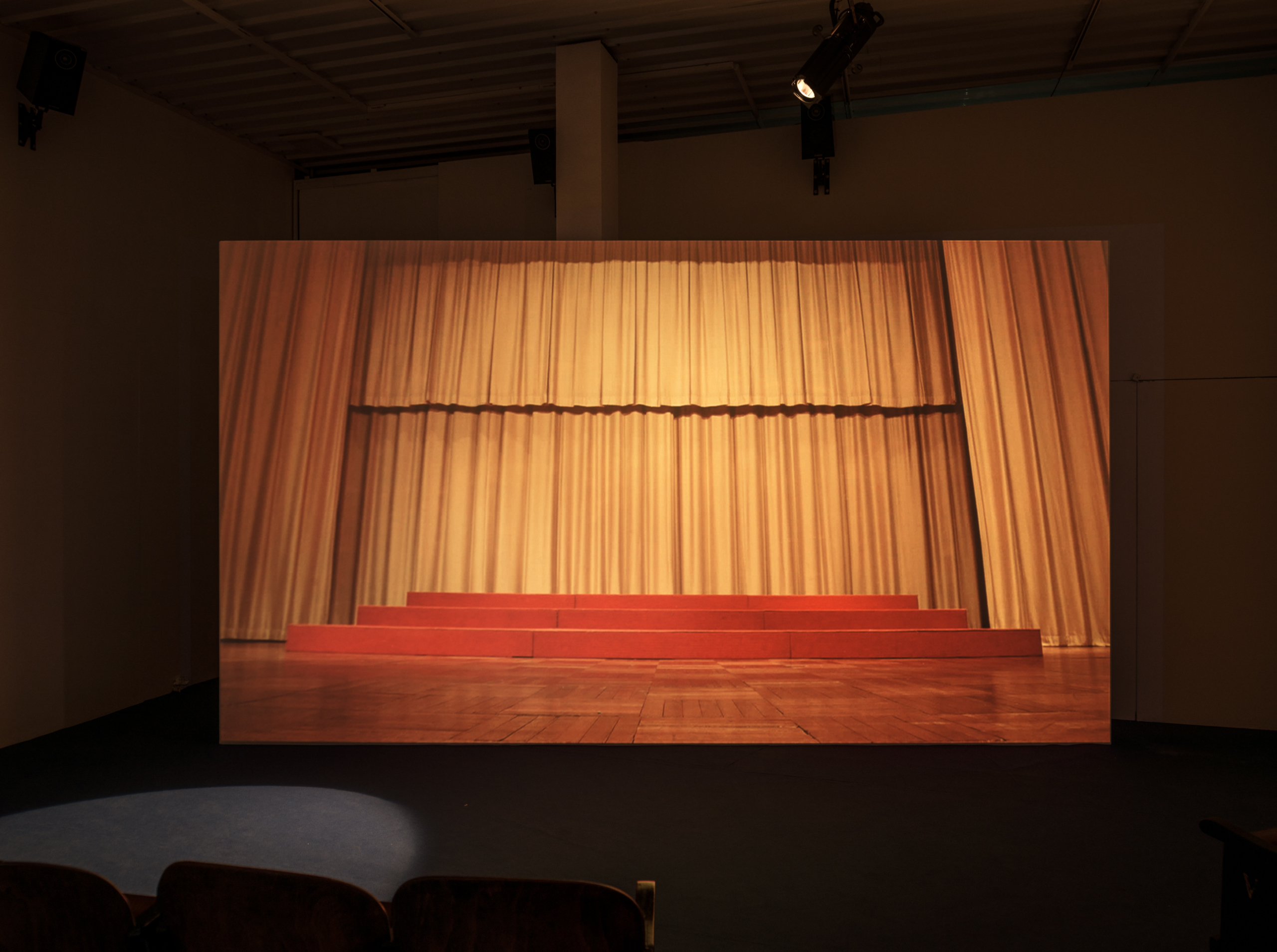 We Are the World, As Performed by the Hong Kong Federation of Trade Unions Choir (2014)

Trained as a musical composer, Samson Young creates artworks that meld his classical music training with innovative multimedia techniques, questioning the didactic and ingrained constructs of classical music. His works touch upon the recurring topics of conflict, war, and political frontiers.

Young draws on seemingly unrelated past and current events to explore the social, political, and philosophical implications of charity singles in a cross–cultural context. The choir featured in the video piece We Are the World, as performed by the Hong Kong Federation of Trade Unions Choir is formed by members of a pro–Beijing labor group. We Are the World is part of Songs for Disaster Relief World Tour that Young expounds on topics ranging from charity supergroup Band Aid to China’s borders examines the strange allure of the charity pop songs popular in Hong Kong in the 1980s–90s, cover versions of hits from the UK, US and Japan. He is not mocking these saccharine records, though, but looking at the circumstances that made them ubiquitous.